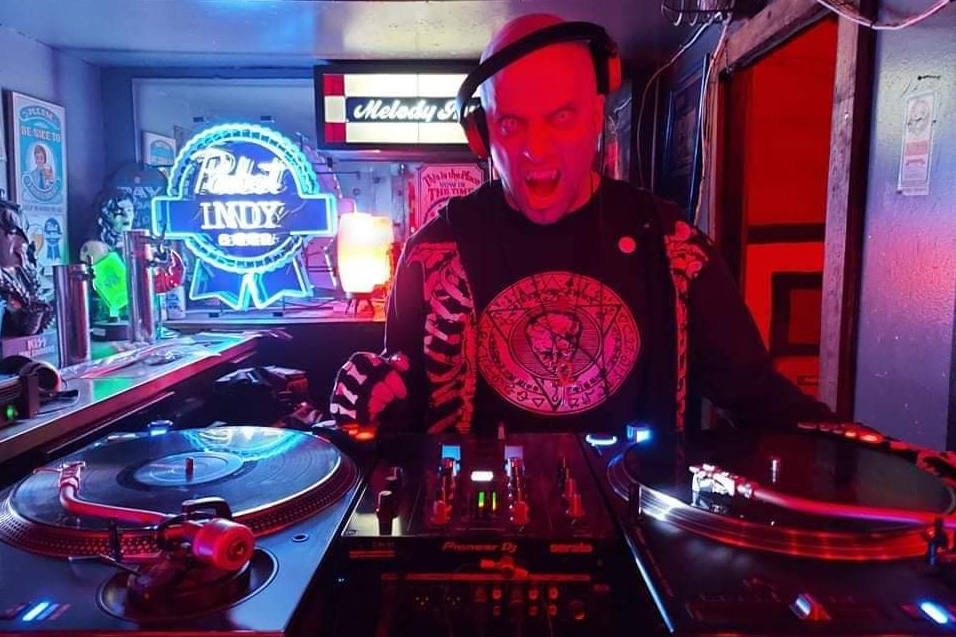 It’s been a great year for Jin-XS. He’s had shows in some of the best pockets of Indy’s underground as the dance scene revved back up this year. Jin-XS hasn’t released a mix for a year and a half though. That’s okay, all of his drops are celebrated events to his supporters. He was one of my favorite DJs to cover over the years at my former publication, we’ve only been able to speak on just a small group of his outings here at Graveyard Radio this year. So, we are really excited to get a new mix from him to throw up on graveyardradio.net for the first time. Over on his hearthis.at page, Jin-XS has been putting out stylised mixes for more than a half decade, and it’s the most creative and fun body of work I’ve seen from a regional DJ.

In true Jin-XS fashion, we have a theme, original mash-ups, clever artwork/title. It’s a multi-genre EDM mix, with nice use of classic hip-hop anthemed accapellas that make this yet another fun, and feel good mix we’ve come to expect from this self proclaimed “Musical Alchemist Vampire” behind the decks. From glitch-hop, to house, or some nu-funk, this doesn’t have a dull moment. His use of Too $hort on this is amazing! Griz vs. Marvin Gaye kills it right off the bat, and then you’ll just be wondering what magic is going to hit you with next. You can definetly expect the Wu-Tang bars in full force.

The new mix is available now for stream and download.