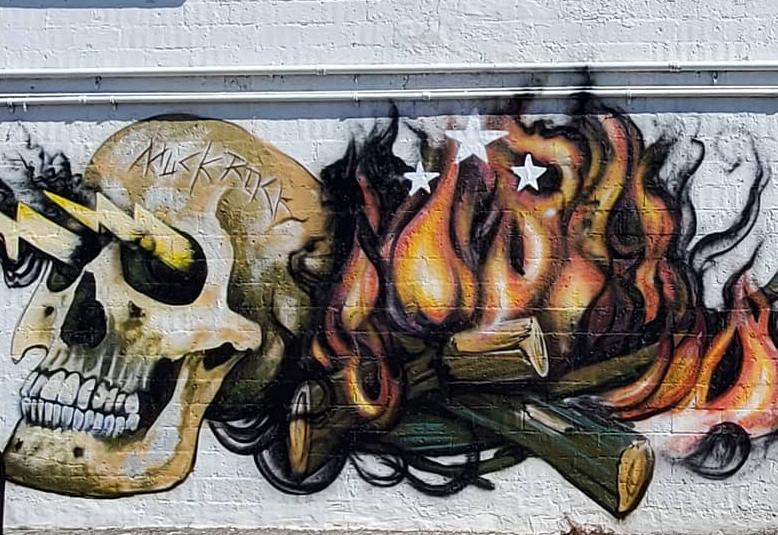 Jason of Universal Vibe has been taking to the street’s of Indianapolis to bring you the painted walls of Naptown. Some of it good, some of it not so much, but that’s okay. To me, graffiti is a vital and important part of any underground music scene and city it represents. Especially, music that’s roots are deep in urban area’s across the world. It’s the backdrop of our cities that is constantly changing. I appreciate those that create it, and those that photograph it.

I talked to Jason today. We talked about an up coming short film by Josie Loner (@loner_corporate_headquarters). He told me the film is mainly about the dark side of the corporate world.

This ties into talking about graffiti he told me, considering the types of buildings that these tags dawn. Most the building are falling down around themselves. He told me the owners of these buildings choose to let them stay abandoned while collecting tax breaks on these properties every year. Then eventually they cash out whenever some developer decides they want to gentrify the area. He explained to me, even the bad graffiti is good. He’s see it has a screaming out for help and also and message of hope.

I wrote the first paragraph of this article before I had my conversation with Jason. I feel even more solidified in what I said. Graffiti is not only a part of our music, it’s a representation of our contemporary society. I look forward bringing more photos from Jason and others, here @ graveyardradio.net.